The then Zamorin of Calicut ManavikramaEttan Raja had a celestial vision in the general health of his subjects. He wanted the knowledge and wisdom in Ayurveda acquired by the vaidyas, through ages of observation and learning to be made available to the common man when it was available only to the rich. 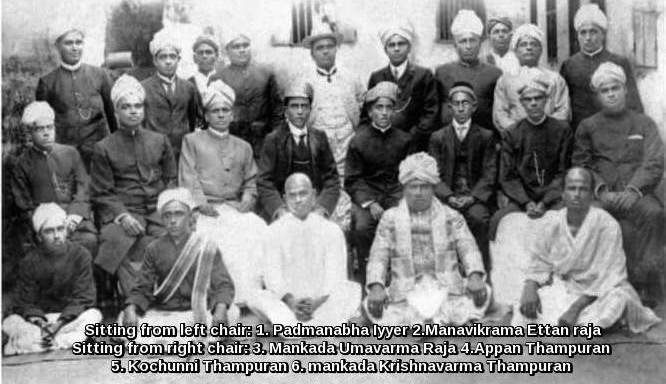 The British Government was much skeptic about Ayurveda and other Indian systems of medicine and they were reluctant to recognize its efficacy and purity. No measures were taken by the Government to promote indigenous medical systems.

In the same period, with the same vision under the direction of the Prince of the State Cochin and the leadership of eminent Visha Vaidya Kochunni Thampuran established an Ayurvedic treatment centre at Thrissur. The two princely states in Kerala, the Kochi and the Malabar were always at enmity and their bone of contention was the loss of the 'Perumpadappu Swaroopam' of Kochi to the Zamorins of Malabar. They never met in peace but in war. A historic exception was made once when they met, not to discuss any princely or royal matters but to create an organization to serve the public on health related matters

In 1913 a general body meeting in Samajam was held in the Palakkad Native School and it was decided to register it under the Charitable Society Act. The AryaVaidya Samajam was renamed as Keraleeya Ayurveda Samajam and a decision made to shift the location from Chalapuram to Cheruthuruthy, the central destination between the two princely states of Kochi & Malabar. The first ever Ayurvedic Hospital for the general public in the world thus came into existence at Cheruthuruthy on the southern banks of river Nila. The land was given by the then Prince of Cochin and the Zamorin of Calicut with his followers conducted a luck draw to collect enough money for the further developments. In 1914 February 5, Inauguration of the Hospital was done in the presence of Madras Governor, Sir Arthur Lowely. The first ever administrative body of the Samajam was thus formed with Appan Thampuran as its first President.

The Zamorin insisted for the service of the eminent physicians and famous Ashta Vaidyas to form a "ChikitsaYogam", a panel of doctors and hence, the first ever panel was formed under the leadership of the legendary Thriprangode Parameswaran Mooss with Alathiyur Neelakantan Nambi, Chirattamen Narayanan Mooss, Kuttancherry Aryan Mooss, Thaikatt Divakaran Mooss, Mooriyil Narayanan Nambisan, Ambramoli Ravunni Vaidyar , Veyiloor Sanku Varrier and two allopathic Doctors - Dr.C.V Rama Rao and Dr. E. Rama Varrier. This process of consulting patients by the panel of doctors was re-introduced in the year 1990 and continues even today as its head office at Shoranur as well as in all other branches. Happily many institutions in modern times follow the Samajam Practice of starting a panel of physicians to discuss and find solutions to chronic ailments.

The attitude of the British Government towards Ayurveda changed when the Chief Justice of High Court , Sir Basil Scott , became bed ridden due to a chronic stomach pain and was cured by Ayurvedic treatments in the year 1911. He was advised about the effectiveness of Ayurveda by the Madras Governor; Sir ArthurLowely who later contacted Samajam through the Zamorin, Samajam Chief Physician TriprangodeParameswaranMooss was assigned to treat the Chief Justice. The Justice was astonished by the recovery from his chronic pain because he had misjudged Mooss's knowledge considering it sheer magic. Later Mooss explained and convinced the Justice that Ayurveda is a well-structured medical doctrine evolved after ages of research and application. 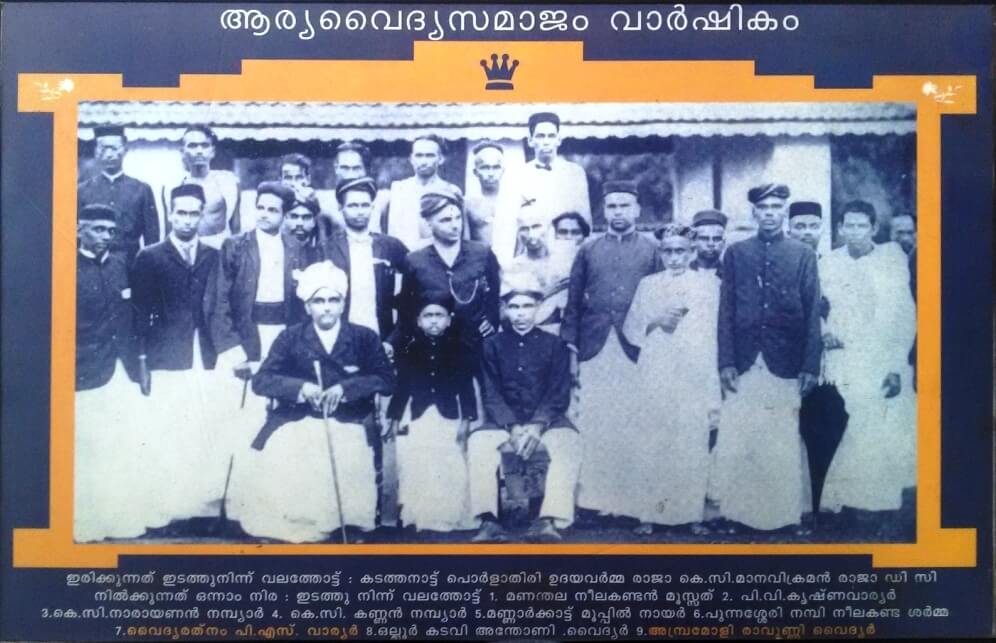 Extremely satisfied by the service of Mooss, Justice spoke to the Governor General to honour Mooss. That was the first ever "Vaidyaratnam" Title in South India and was conferred to Moossad by the Viceroy Lord Charles Hardinge. Ashtavaidyan Thaikkatt Narayanan Mooss of Samajam was given the second Vaidyaratnam and subsequently the third award was given to Shri. P. S Varier who was the first Secretary of Samajam.

In 1940, owing to some differences of opinion with the Cochin Diwan Shanmughan Chetti, the Samajam was shifted to the northern banks of the river Nila in Shoranur. There it flourished under the leadership of K. R Padmanabha lyer, Secretary who teamed up with the dynamic Rao Bahadur AV Govinda Menon, to give the Samajam the name and fame it enjoys now. Popular personalities viz former Prime Minister Gulsarilal Nanda, Governerors viz Sri. R. Prakasham, Sri. Subbarayan, former Chief Minister Kamaraja Nadar, eminent classical musician Chembai Vaidya Natha Bahagavathar, former Union Minister Shri. Subrahmaniam, Mahakavi Vallathol and Shri. Punnassery Neelakanda Sarmawere the members of Samajam in its early days. 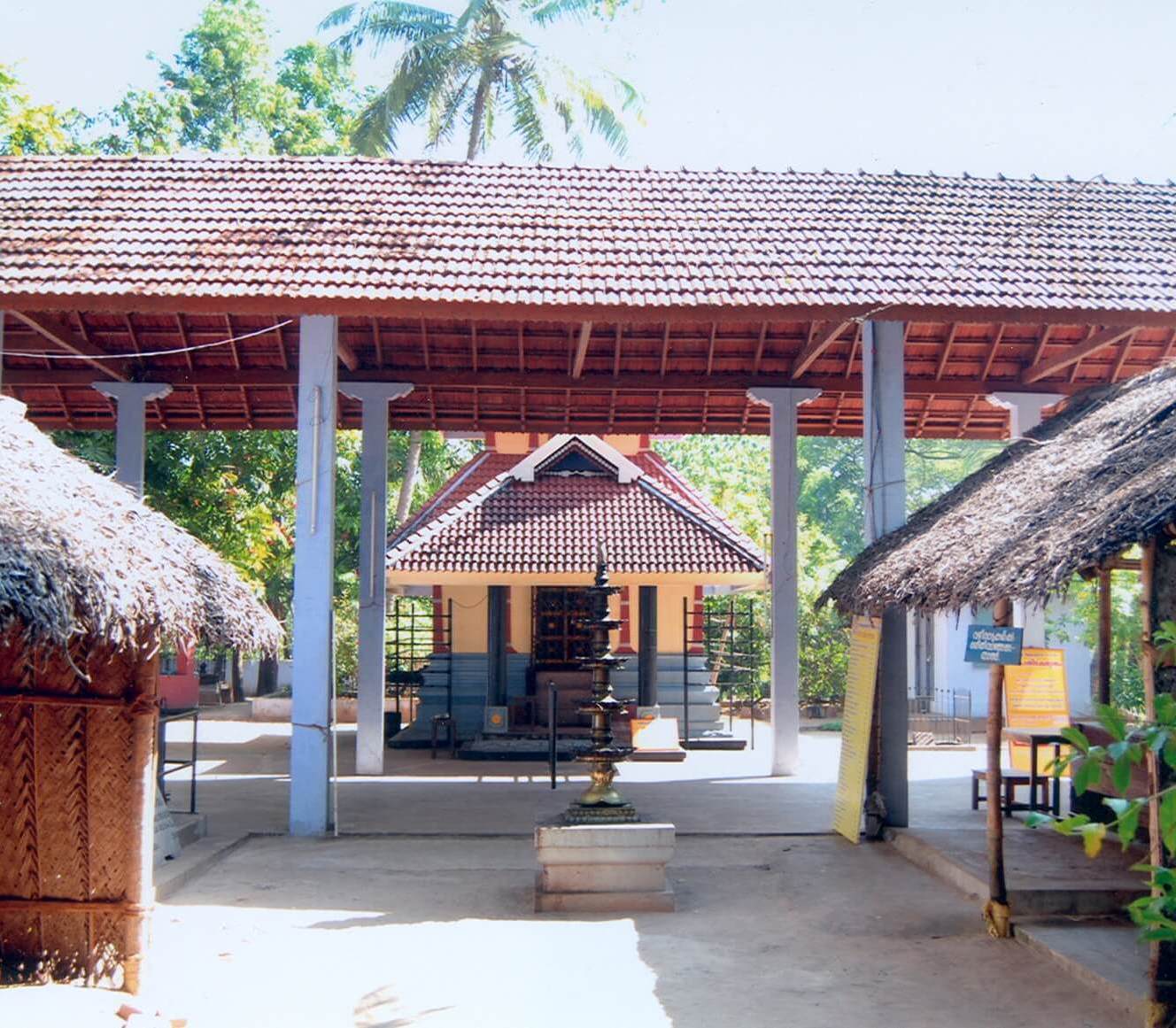 Keraleeya Ayurveda Samajam is now a universally known health sanatorium spread over 11 acres lush green expanse of land that nestles on the life enhancing banks of calm and serene Bharathapuzha, Shoranur . A heaven for those who wish to be far from the madding crowds. It accommodates 105 in-patients at a time in its main center at Shoranur.

It included the management of an Ayurvedic College, providing medical assistance, manufacturing medicines, running a hospital and branches, charitable dispensary, imparting training to doctors, technicians & paramedicals. It also conducts research, seminars, workshops, projects and assisting people and institutions in an advisory level in matters which are related to the Ayurvedic system of medicine.

Eleven elected members constitute the board of directors and at present Shri. M. Muraleedharan is the president and Shri. Poomully Narayanan Namboothiri is the Vice-President. 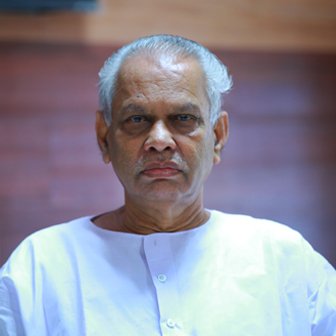 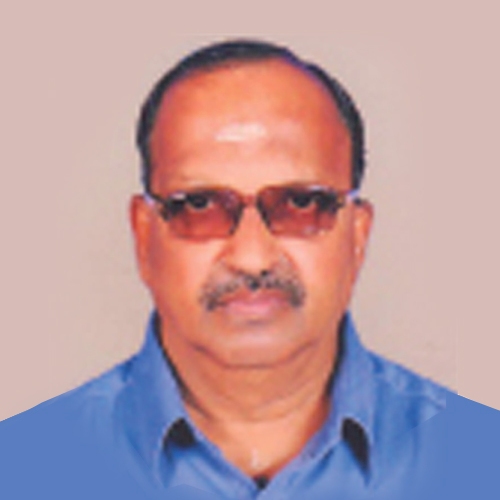 Ayurveda is considered as the oldest healing science. In Sanskrit, Ayurveda means “The Science of Life.” The knowledge of Ayurveda originated in India more than 5,000 years ago and is also called the “Mother of All Healing.” It stems from the ancient Vedic culture and was taught for many thousands of years in an oral tradition from accomplished masters to their disciples. Some of this knowledge was set to print a few thousand years ago, but much of it is inaccessible.

The objectives of Ayurveda are mainly two, the first being the maintenance of health, and the other treatment of diseases.

The innate strength of an individual to resist the affliction of disease – Vyadhikshamatvam - is well considered and its positive and negative influence on health understood. The techniques evolved in this regard are the boosters of human immune system.

Ayurveda is such a form of medical science that it almost has solutions for every health-related issue and recommends a natural way of living. The traditional knowledge and practice of the age-old discipline compliments any kind of lifestyle disorders and finds out ways and means to incorporate a healthy regime for a stress-free life. There is no specific age-group as to who can go for an Ayurvedic treatment. It is highly beneficial for everyone who has faith in the powers of nature and who believes that leading an Ayurvedic life can transform the mind, body and soul.